The Meaning of Roswell 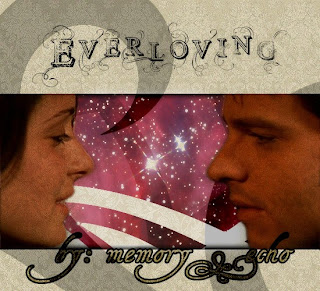 
It's finished. I guess now would be the time to make up a fanciful tale and claim that I wrote this story all in one night, while a flurry of inspired sentences guided my fingers through the keyboard… But I'm not going to. It took me a long time to write this one... But after 3 years… No, more than 3 years after I started it... it is finished! Twenty thousand and sixty two words... Something any professional writer would've taken four days to write… five days, tops!

I will also not lie and say that finishing writing this story was as jubilant as giving birth... That's not how I feel right now. I've tried reasoning with myself that if I finished a project I never thought I could finish, I should be elated and celebrate like crazy… But I feel as if my best friend has died, and I'm doomed to be forever apart from my inseparable companion after a short spell of profound happiness. Gosh, am I suffering from "post-novel depression", even though twenty thousand and sixty two words does not a novel make?!

Writing came after my work was done and, usually, it didn't go beyond two sentences per night… Patience was the greatest virtue I learned throughout this process. Then, when I thought things were finally getting easier, God said: Now do it with one eye only.

For weeks after that loathsome day, the idea of finishing this story (and dribble past the terrible one-eyed fate that awaited me) was the only thing that kept me away from an emotional abyss. At the same time, I had no idea how I could keep writing when I could barely stare at the computer screen. Right before the retinal detachment, I had suffered through a few days of writer's block, unable to write a single sentence; I came to think that this was the Almighty's way of telling me to stop wasting my life with (less than) admissible activities. (It wouldn't have been the first time I'd hear it, either!) But this story has even survived two vitrectomy surgeries and eight weeks of absolute rest! Those little stolen moments on the computer, writing even if only one sentence, made me believe that my life was not that bleak!

After all was said and done, even though I still don't know if this story is cursed or blessed, there are many positive things about it, indeed! The editing process was even better than the writing process, because Fortune presented me with an exclusive companion with whom I collaborated for several months. For if the sole purpose of the act of writing is that the text can be understood and loved by the reader, this mission was fulfilled in the editing process. No one can ask for more than this, am I right?!


All in all, these were three unforgettable years! More than three years spent meditating on the mystery of that love between those two characters… It took me three years to find out the reason I liked both of those characters so much… three years to find that the original authors had encrypted the answer to the meaning of life in that first book (and that Pilot) when Max reversed the connection!

Oh, what I would give to be able to go through these years all over again!